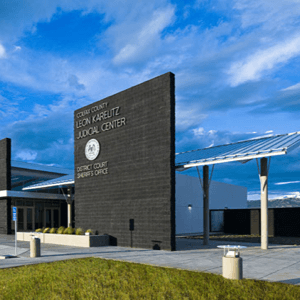 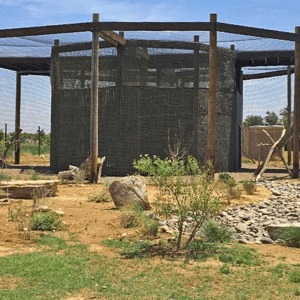 There are nearly 40 species of birds of prey or raptors located in New Mexico. Desert Willow needed a large raptor enclosure to aid in the rehabilitation of injured birds. A circular enclosure was preferred to discourage the birds from actively flying within the enclosure, but a circular flight pen provided challenges to fabrication and budget. Changes were made to allow for an increase in the number of species that could be be held within the enclosure:

We designed, engineered, and fabricated a structure that would more than satisfy the raptors’ needs. Despite an extremely limited budget and a non-traditional enclosure design, we completed the project completely in-house and well within budget. We donated labor and material, and used our industry connections to secure material and labor donations. The result is a beautiful enclosure that enables injured birds to thrive while undergoing rehabilitation. 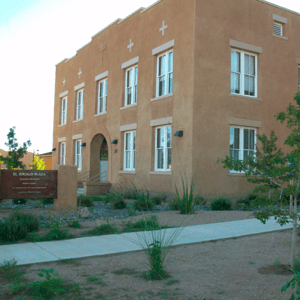 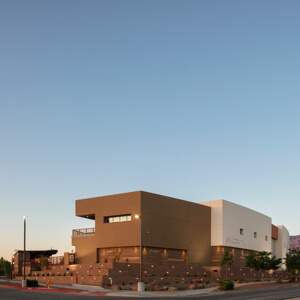 Albuquerque’s North Domingo Baca Multigenerational Center, located at 7521 Carmel Ave NE at Wyoming Blvd. NE, is a showcase athletic facility for the city. Its 19,293 square feet include a multipurpose court, an elevated indoor running track, an indoor climbing gym with several climbing walls of different heights, an outdoor playground, and an exterior amphitheater. North Domingo Baca is the most used community center in the city of Albuquerque 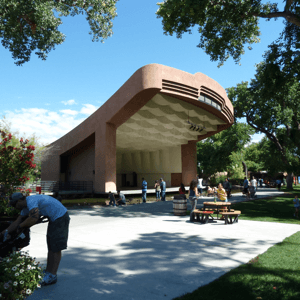 The Rio Grande Zoological Park Bandshell was a complicated structure due to the high water table. Augercast piles were built for the foundation to rest on, the structural steel shape had be arched but still able to support the structure, and the stucco application had to accommodate both acoustical and balance issues.  Despite these challenges, the Bandshell was completed on time and within budget, and has provided the City with a unique venue for concerts. 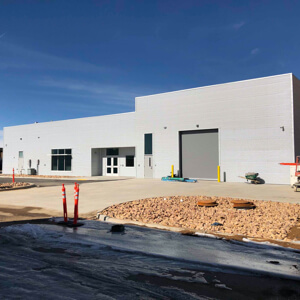 Designed to match another building at the Santa Fe Public Works campus, this pre-engineered metal building is located on NM 599, five miles west of its northern intersection with US 285/84.

The 5,475 sq. ft. building includes offices, a plan room, a break/meeting room, ADA complaint restrooms and locker rooms, and a high bay vehicle workshop. The building was provided by Nucor, for which Mick Rich Contractors is the sole authorized New Mexico dealer. 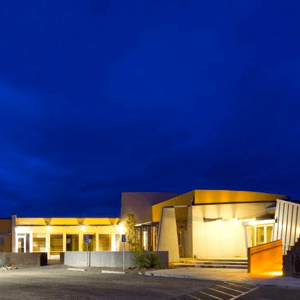 Attempting a LEED-NC version 2.2 Platinum level certification, this project emphasizes sustainable building materials and methods. The project showcases an 18” rammed earth wall, as well as two 32’-long built-up parallam wood trusses. To achieve the LEED Certification, 75 percent of all waste must be recycled, 20 percent of all materials must be made of recycled content, and all paints, adhesives and composite wood items must have a low VOC content. The wood framing material was all FSC certified. Bamboo and wheat board were used in the casework to achieve the rapidly renewable materials points.

The site also features a 13,000 gallon cistern system to collect rainwater for irrigation, and a 16kw photovoltaic shade structure array provides power for the addition. 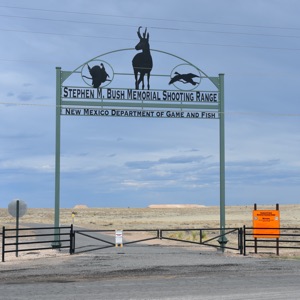 The New Mexico Department of Game and Fish was gifted a large piece of land in Clayton, NM for a new shooting range.  The facility includes an archery range, a pistol range with concrete sidewalks spaced at different depths for distance shooting, a small bore rifle range and a large bore rifle range.  We installed concrete pedestals for the mounting of targets. Each range has a shade structure to keep people out of the weather.  The berms around each range were built up to 20’ high for safely.