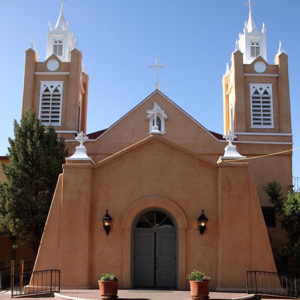 Mick Rich Contractors Inc., an Albuquerque-based commercial building contractor, has received a patent from the U.S. Patent and Trademark Office for its “soft wall” anchor.

In 2007, the parish of San Felipe de Neri Church selected Mick Rich to renovate and restore its 250-year-old building.

During the project, Mick Rich found the sanctuary’s 150-year-old altar was separating from the adobe wall. The parish requested the altar be fixed without compromising the existing wall. In order to avoid changes to the existing wall, Mick Rich developed a unique solution by designing and fabricating an anchor that holds the altar to the adobe wall without the use components that would be visible to church visitors.

The new “soft wall” anchor developed by Mick Rich uses “butterflies” to hold anchors in place, rather than a large metal plate attached with a nut.

How Mick Rich Contractors Got Into the Church-Building Business 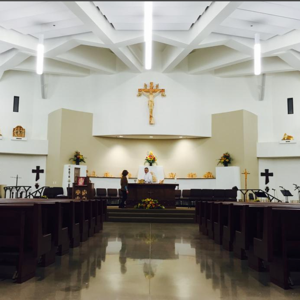 How Mick Rich Contractors got into the church-building business

It was almost by accident that Mick Rich Contractors started doing construction work on its first church 20 years ago.

El Santuario de Chimayo had contracted another company to build a set of restrooms outside the santuario. According to Mick Rich, president of Mick Rich Contractors, it wasn’t supposed to be a complicated job. But when he was called in to take a look, “It was a mess,” he said.

Rich met with the Archdiocese and came up with a plan for how his company could take the project and fix it.

“I took it from a mediator, problem-solver and contractor perspective, put it all together and took care of it,” Rich said. “That was how we got our foot in the door.”

Since then Mick Rich contractors has worked on several other church projects, including the San Felipe de Neri Church in Old Town Albuquerque in 2007, United Church of Santa Fe in 2002, La Iglesia de Santa Cruz de la Canada Church in 2003 and the Trinity on the Hill Episcopal church in 2009.

One reason Rich likes working on churches is the opportunity to be challenged and give back.

“You’ve got to think outside the box and it’s not easy, but we are good at it,” Rich said. “Those are the projects I like.”

Church remodels and additions are not the only projects the company works on. They also do work for many industries, from small repair jobs to larger building jobs, and have worked on projects from big retailers like Walmart and Starbucks to smaller-name projects like Menaul School and the Colfax County Courthouse.

Mick Rich Contractors works all around the state, and currently has active projects in Albuquerque, Roswell, Los Alamos and other areas. The company just finished work on the San Martin de Porres church and is about two-thirds of the way completed with work at the San Juan Diego Friary. Both those projects are in Albuquerque.

They will soon be starting on a restoration project at the New Mexico Military Institute in Roswell, renovating a physical training room damaged by a water leak. In Los Alamos, they will be doing a security upgrade at Los Alamos National Labs.

While Mick Rich Contractors certainly has the niche in the church construction and renovation area, they do a wide-variety of projects that range anywhere from $10,000 to $8.5 million.

Rich is also a strong supporter of jobs in New Mexico and is on the Albuquerque Economic Development board of directors.

“To rephrase the quote, ‘This is the time for all men and women to step up and see what needs to be done to create jobs in our community,'” Rich said.